What is CITES? | Worldwide Experience

What is CITES? | Worldwide Experience 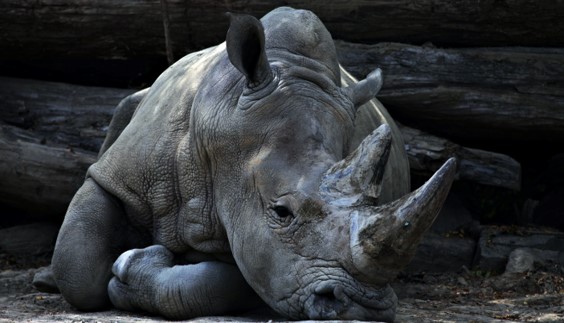 If you’re interested in wildlife or conservation, you have most likely come across the acronym CITES, and you might be wondering why it is so important in the conservation world. The CITES 18th CoP (the Conference of the Parties) in 2019 may have popped onto your radar if you follow wildlife conservation news.

CITES stands for the Convention on International Trade in Endangered Species of Wild Fauna and Flora. The Convention was established in 1975 to protect wild animals and plants from over over-exploitation through international trade.

With approximately 178 countries having signed CITES, more than 30,000 plant and animal species are now protected.

It is important to note that CITES is legally binding. Any supplier who owns a CITES specimen should comply with the Convention. Specimens are defined as being alive, or dead parts and derivatives of the species, for example, rhino horn, animal bones or coral jewellery. Any supplier who is in contravention of CITES is operating illegally and they risk prosecution.

At the CoP18, the subject of trade in rhinos and rhino horn was a thorny issue. We summarise the arguments in a case study at the end of this article.

Level 2: Species may be traded internationally for commercial purposes, but this trade is strictly controlled. CITES export permits are required for trade (no import permit required).

Level 3: this is a voluntary Appendix in the CITES document to which any Party can unilaterally add species. This indicates that the species is subject to regulation within the Party’s jurisdiction and needs the cooperation of other parties to monitor and control trade.

You can view the Appendices here.

CITES Parties are expected to implement and enforce the Convention using domestic legislation. Each Party has a CITES management Authority and a CITES Scientific Authority. The former issues import and export permits, monitors trade in CITES species and compiles annual trade reports. The latter authority provides scientific expertise in import and export decisions.

CITES encourages precaution – in uncertain cases, trade should not be allowed unless there are sufficient safeguards to ensure that a species is protected from overuse.

Determining the impact of trade

If a Party wishes to export a CITES-listed species, the exporting country should have a Non-Detriment Finding (NDF). An NDF is a finding that the export will not be detrimental to the survival of that species.

An NDF is not required to be formally written or published. Enquiries about NDFs need to be directed to the exporting and/or importing country.

A CITES export permit for any live specimen of a species list on CITES Appendix 1 or 2 may only be granted when the Management Authority of the exporting country is satisfied that the animal will be prepared and shipped to minimise the risk of injury, damage to health, or cruel treatment.

A CITES import permit may only be granted when the Management Authority of the importing country is satisfied that the proposed recipient of a living specimen is suitably equipped to house and care for it.

To summarise the key points so far:

All rhino species were originally listed in CITES’ Appendix I in 1977. This means that the commercial trade in rhinos or their parts was banned. Then, to allow the export of live animals and hunting trophies of the Southern white rhinos in South Africa and Eswatini (formerly Swaziland) the subspecies was transferred to Appendix II in 1994 and 2004 for each country respectively. The international trade in rhino horn remained banned.

Since then there has been a massive debate as to whether the southern white rhino should remain in Appendix 2 or not, and several proposals for the international trade in rhino horn have been submitted.

In short, some parties believe that the international trade of live rhinos and their horns should be legalised, and others believe that that the stricter classification of Appendix 1 should be applied to southern white rhinos. The first group believes that if the trade in rhino horn is legalised, it will result in more controlled movement of rhino horn, reducing the need for illegal poaching, and enabling the harvesting of rhino horn sustainably and humanely. The second group believes that by legalising the trade in rhino horn, more opportunities and loopholes will be created for the criminal poaching syndicates to exploit. Some members of this group also raise the question about viewing these animals as a mere commodity, the risk of game farmers breeding excessively until they’re left with rhinos are that are essentially domesticated, and possibly even unethically from a gene pool perspective. Group 2 highlight that the funds from the sale of rhino horn would greatly benefit the protection of the species, their habitat and other wildlife. Group 1 raises the concern that the motives of the second group are purely monetary and not sustainable in the long-term. Each group expands much more deeply on their arguments, with this case study serving as a summary.

With the rhino conservation community remaining so polarised, the question is how does everyone work together in the best interest of the southern white rhinos. How do we ensure that our future includes this magnificent animal still roaming the wilderness?