If you have a special interest in the conservation of rare species and are interested in doing conservation work on the island of Mauritius, you can join us in Conserving Biodiversity in Mauritius! Make a real difference, grow your skills in conservation and have the experience of a lifetime!

Join us at Kestrel Valley, a private nature reserve in the South East of the island dedicated to the preservation of rare Mauritian wildlife species. This is an extraordinary and exciting conservation project, at the forefront of  some unique conservation drives. If you want more than just a ‘normal beach holiday to Mauritius’ and would love to be involved in conservation … join us in our hands-on conservation efforts to keep this tropical island a true paradise! Fun at the beach 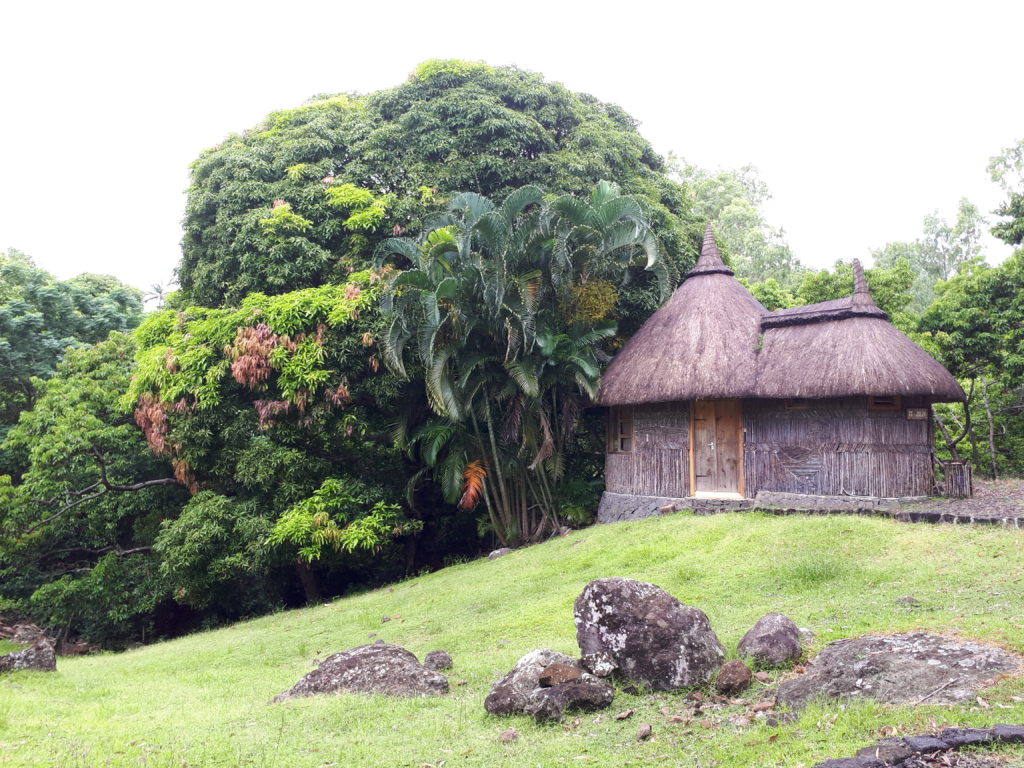 Mauritius is a paradise because it is so biologically unique, forming part of the Madagascar and Indian Ocean Islands biodiversity hotspot. This is due to the island’s high level of endemism, meaning that many of its plants and animals can only be found there. In fact, Mauritius is recognized by the IUCN as a “Centre of Plant Diversity”. This exceptional endemism comes as a result of the island’s location, age, isolation and varied landscape, leading to remarkable percentages of endemic species: 39% of plants, 80% of non-marine birds, 80% of reptiles, and 40% of bat species reported as endemic. Forests support 691 species of indigenous flowering plants, 52 native species of vertebrates and 30 species of land birds. Another major ecosystem for Mauritius is the marine environment, comprising 16,840 km2 of territorial sea and 1,700 species, including 786 species of fish, 17 species of marine mammals, and 2 species of marine turtles.

Sadly, this unique paradise of biodiversity is at risk. The main reason for this this is habitat loss and degradation. This is why our conservation team is now working with partners in Mauritius to address conservation challenges. This will be done through establishing new conservation projects on the island to support existing research efforts, and incorporating these into a brand new programme for volunteers.

Volunteers will enjoy the exciting opportunity to be involved in:

A note on the Mauritius Kestrel

The base camp for this project is located at a private nature reserve called Kestrel Valley, named after the Mauritius Kestrel, once regarded as the most rare bird on the planet. The Mauritius Kestrel is a bird of prey endemic to Mauritius, and the only bird of prey on the island. The recorded population dropped to an all-time low of only 4 individuals in 1974. Incredibly, through intensive conservation efforts, the Mauritius Kestrel has made phenomenal recovery. There are now approximately 400 pairs in the wild! Without captive breeding and intensive management over the last 45 years, this species surely would be extinct. The first nest boxes that were stationed in the forest to encourage the birds to breed are located at Kestrel Valley.

Conserving Biodiversity in Mauritius is hosted at Kestrel valley, a private nature reserve spread over an area of 1000 hectares at 300 metres above sea level located at Anse Jonchee in the South East of Mauritius. This altitude gives the volunteers an exclusive view of the island: the green sugarcane fields with the rough earthen roads going through them, the open waters of the ocean, and the rocky mountains in the surroundings. The reserve has a 30 km nature trail that can be visited on foot or mountain bike.

Kestrel Valley is located in the midst of the Mauritian forest thus allowing the visitor to stroll in the forest, feel the spray of waterfalls and interact with the native flora and fauna of the island. Many tree species can be admired such as eucalyptus, palm trees, ebony as well as some spice plants. Among the animals, monkeys are found all over the premises hovering on tree branches, boars roam about too as do hares, geese and deer. All kinds of birds can be seen flying overhead or eating in the trees; one such bird is the Mauritian Kestrel, the last bird of prey found on the island which has been saved from extinction through conservation measures.

In the past, Kestrel Valley has been known Domaine du Chasseur, one of the hunting farms on the island. Every year, hunters would come during hunting season to hunt the Javan Deer that had been introduced centuries ago. Kestrel Valley is the first of these hunting farms to discontinue the practice hunting, and aim to manage the deer population in a way that restores the open fields that were cleared for the deer, back to indigenous forest, which will support endemic and endangered species.

Volunteers are accommodated in either:

There is communal area with a breathtaking view of the island towards the coats. an entertainment / lecture room, a lounge, dining room and a fully equipped kitchen with a fridge, stove, microwave, cutlery, crockery and cooking utensils. There is a safe for cash and small valuables on site. A swimming pool is available for volunteers to cool off in. There is also a “braai” (BBQ) area outside in the garden.

Three meals are provided on a daily basis. Meals will either be served at the facility itself or taken as a pre-packed serving, depending on planned or as result of unscheduled activities. Vegetarians and other dietary requirements can be catered for if notified in advance.

Cooked breakfasts are served once weekly – generally on Fridays. Meals are prepared with exposing participants to an array of local dishes in mind and are generally taken on a self-service basis with the option of juice, tea or coffee. Still and spring water and soft drinks are available on site and with greater selection, from local trading stores.

On arrival at Sir Seewoosagur Ramgoolam International Airport you will have to clear Immigration and collect your baggage, once you have cleared customs formalities proceed to the information desk in arrivals, where a Kestrel Valley Representative will be awaiting your arrival with your name on a signboard for your pick up. They will then transfer you to Kestrel Valley – your new home over the coming weeks.

Mauritius enjoys a mild tropical maritime climate throughout the year. The country has two seasons: a warm humid summer extending from November to April and a relatively cool dry winter from June to September. The months of October and May are commonly known as the transition months. January is the hottest month in Mauritius with an average temperature of 79°F (26°C) and the coldest is July at 70°F (21°C) with the most daily sunshine hours in November.

Volunteers are allocated leisure time, usually over weekends, providing the opportunity to explore Mauritius further and book some popular activities. Some top attractions are:

Grand-Baie is a village in northern Mauritius. Its sandy beaches include secluded La Cuvette, and sailboat-dotted Grand-Baie Public Beach, in a sheltered cove. The popular Pereybere Public Beach is to the northeast. The village has restaurants and lively bars. Vendors at the Grand Baie Bazaar sell handicrafts. Offshore, Gunner’s Quoin and Flat Island are surrounded by waters with hammerhead sharks and game fish.

Île aux Cerfs is a privately owned island near the east coast of Mauritius in the Flacq District. The island of Ile aux Cerfs lies off Trou d’Eau Douce in the largest lagoon of Mauritius and offers 87 hectares of lush vegetation and preserved, white, sandy beaches.

Black River Gorges National Park is a national park in the hilly south-western part of Mauritius. It was proclaimed on June 15, 1994 and is managed by the National Parks and Conservation Service. It covers an area of 67.54 km² including humid upland forest, drier lowland forest and marshy heathland.

The Seven Coloured Earths are a geological formation and prominent tourist attraction found in the Chamarel plain of the Rivière Noire District in south-western Mauritius. It is a relatively small area of sand dunes comprising sand of seven distinct colours.

Grand Bassin in Mauritius should be on your ‘must see’ list of attractions. The sacred lake also called Ganga Talao represents the mighty Ganges river of India. You’ll find her tucked away in the mountains of the South West surrounded by colourful Hindu temples and gods.

Ile aux Aigrettes is an islet off the south-east coast of Mauritius. It functions as a nature reserve and a scientific research station. It is also a popular visitors attraction – both for tourists and for Mauritians.

Built in 1856, this restored Victorian mansion is on a sugarcane planation with rum tastings & a gift shop.

Flic-en-Flac is a seaside village on the west coast Mauritius in the district of Black River. The name most likely comes from an Old Dutch phrase, “Fried Landt Flaak”, meaning free, flat land. Its public white sandy beach is one of the longest on the island.

The working week at Kestrel Valley generally speaking is from Monday to Friday 7:30am – 17:00 with and hour or two for lunch. Working hours depend on the weather and nature of activity.

Saturdays and Sundays are off time for both the volunteer coordinator and volunteers, the perfect opportunity to explore more of this incredible island! Volunteers are of course welcome to stay on site at kestrel Valley, should they wish to soak up some rays with our amazing view!

Volunteers are also welcome to go away for the weekend to explore the area and perhaps book into a B&B, hotel or a backpackers. Weekend trips away from the nature reserve are done on your own accord. There is plenty to do and plenty to see on the island and most of our volunteers make full use of all of this and have a fantastic time. Our team is on hand to help you with making leisure time arrangements and bookings, and are always happy to give advice.

Here’s an example of a typical week volunteering at Kestrel Valley:

*Please note that the schedule is subject to change

2019-09-02
Join the ethical conservation revolution and help us make a real impact!